We would like to recognize Dr. Richard Gross for his recent receipt of the Humanitarian Award from the Pediatric Orthopedic Society of North America.  This is a terrific and well-deserved honor for Dr. Gross.  Congratulations!

The son of a theologian/minister and schoolteacher, Richard Gross grew up in western New York and Pennsylvania. In 1961, he graduated from Alfred University, where he was a forgettable Division III athlete(football, wrestling), but compensated for that with an undistinguished academic record. He then went south to Duke for his MD degree, exposing him to the sun, if you can’t get your work done in 24 hours, you better work nights too culture of that time. Having been commissioned on graduation from Alfred’s ROTC program and deferred to attend medical school, he went on active duty in 1965 for his postgraduate training, including a rotating internship at Ft Lewis(Tacoma,Wa), then what he considers a most valuable PG2 year of general surgery at Ft Knox(Kentucky), and adult orthopaedics at Ft Bliss(El Paso,Tx). Those years involved care of an overwhelming number of Vietnam casualties, and the respite from that during his last year of residency at Carrie Tingley Hospital for Crippled Children in Truth or Consequences, NM, convinced him that pediatric orthopaedics was his future.

Following residency, he was stationed at Ft Jackson, SC, until 1973, when he returned to Carrie Tingley as a staff surgeon. He used his leave during his last year of active duty to visit the Scottish Rite in Atlanta, DuPont institute in Delaware, and Duke as he had no fellowship training. Subsequently, he went to Oklahoma where he was the first pediatric orthopaedist in the state, and had a great partner in Andy Sullivan. Paul Griffin lured him back east to Boston, where he and Jim Kasser started work at the same time. In 1986, he started at the Medical University on Charleston, where his partners included the Stanikskis, Jim Mooney; and for a magical few years, Paul Griffin rejoined him in Charleston.

He spent a lot of time away from work, with 16 “working” trips overseas, including 3 to Vietnam. As the first graduating resident in his residency not to be immediately assigned to Vietnam, that fulfilled something missing. He coached soccer in some form for 25 years, the last 15 as goalkeeper coach at his community’s high school; where he learned more about educational principles from a remarkable head coach than in any hospital. During those 15 years, 3 of his goalkeepers were All State.

He took a month off from work to write the first POSNA study guide, moderated debates on the local public radio station for 4 years, was an AMA delegate for 5 years, and a mentor in the AAOS Leadership Training program for 2 years. For the past 6 years, he has served on the board of Pattison’s Academy, a charter school for children with multiple disabilities, including 3 as board chair. He considers his major academic accomplishment as being (what he thinks) the only orthopaedic surgeon to publish editorials in the NEJM, Lancet, and Small Wars Journal. He has also served on a number of AAOS, POSNA, and SRS committees. He was shocked, but immensely gratified, to learn he would be receiving this award. 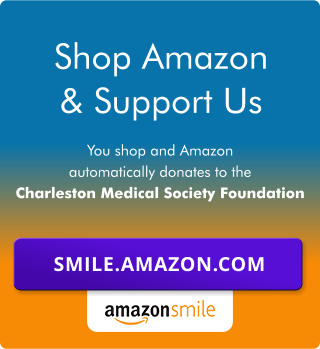